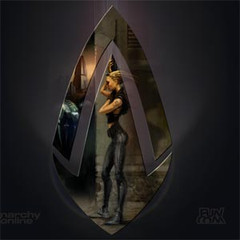 JeuxOnLine : As new game director (since just a few months), can you introduce yourself? What would you want to bring to Anarchy Online that the previous Game Directors did not?

Fia Tjernberg : Anarchy Online celebrated its 10th anniversary in 2011! The launch was infamous, many things went wrong at the same time, and the original team worked really hard to get everything right again. I talked to one of them recently while down at GDC in San Francisco, and it was inspiring to hear him talk about the production of AO after so many years. Many of them slept in the office during the crunch, and it is rumored that the company Christmas gift that year consisted of sleeping bags. I don't know if I should laugh or cry but I can definitely relate, we've too spent our fair share of nights in the office and it's not because the coffee is that good.

I started working as a Designer for Funcom in 2008, and since then I've met at least three of the previous Game Directors. With every new direction the game has taken an interesting turn, and after this many years of production, my most important contribution as a creative leader is to unify all of this content, making it more accessible and ensuring that Anarchy Online can be successful even amongst modern competitors. We believe in the future of AO, and we think that you will enjoy it too if you aren't already.

JeuxOnLine : Anarchy Online has more of ten years today. We know old games can count on a faithful community but the MMO market is very competitive today. How do you see Anarchy Online today (how would you present AO to a new gamer who does not know the game)?

Fia Tjernberg : You begin as a colonist on the seemingly peaceful desert planet Rubi-Ka, a place of opportunity for those willing to take it. Two conflicting factions are present, the intergalactic hyper corporation Omni-Tek, and the Clans - the anarchist rebels. You can choose to take a stand in the conflict or to remain neutral, but the war will find you and when it does you'd better be prepared!

With 14 professions available, there is something for everyone, perhaps the Enforcer - not so brainy but charmingly equipped with a huge construction beam, the Bureaucrat - able to charm anyone that comes their way, only to sue them afterward, the Engineer - building and commanding nasty slayer robots, or perhaps the Fixer itself - a true anarchy icon, a dirty trickster with more than one illegal tool up its sleeve. Take a look for yourself on our official site and decide which one will suit you!

Since Anarchy Online has been developed for over ten years, we have more content than most games out there, and I've actually met people that started playing in the Beta, yet they can still discover new things in the game and I think this says a lot about how vast our world is!

AO is extremely relevant today, because it's a game that offers more customization and freedom than many of the competing MMORPGs. I can actually see a recent trend in the demand of these more open sandbox systems, because it allows the player to really be creative with mechanics and enjoy a tailored experience, and I personally think this is really interesting and something that we as a dev team are continuing to explore.

I am actually very surprised that the science fiction genre hasn't been more successful than it has been, but I think part of what makes Anarchy Online so unique is because it's not a perfect utopian world with shiny blue walls restricting you from going places you can get hurt, but instead this post-war era where nothing is a certainty, and you can go anywhere you like - you just have to use your smarts, something we can actually relate to.

JeuxOnLine : Now, you work on an update of the game engine. What can you tell us about your plan and this new version of the DreamWorld engine (used too at Funcom for Age of Conan and The Secret World, I believe)? What it change for Anarchy Online? And when this update will be release?

Fia Tjernberg : The visual style of AO is very unique, it does sort of a post-modern spin on science fiction, and it contains a great deal of humor and warmth. This does not necessarily shine through to modern players that are used to a certain standard, so we are bringing to Anarchy Online the same core rendering technology as the other Dreamworld projects at Funcom (Age of Conan, The Secret World).

This is very exciting to us because both AoC and its expansion have won numerous awards for their graphics, so we couldn't have picked a better engine to go with for graphical quality. Now of course this will not automatically turn Anarchy Online into AoC, but the team gets to upgrade the game's art assets to make use of the new engine features so we will see great improvements nonetheless.

We are talking about things like new high poly models and high resolution textures, specular maps, normal maps, transparencies and generally refreshing the visual quality of the game on the art side.

Once we've switched over, we will continue to support both clients for a transitional period, to give people time to migrate to the new engine. During this period, the existing engine will still be available as a fallback in case we need to fix issues we can only find when we release the engine into the wild. 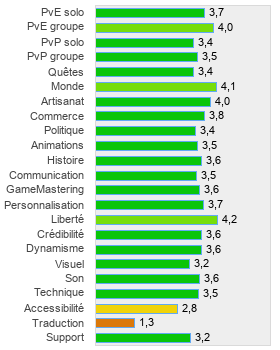